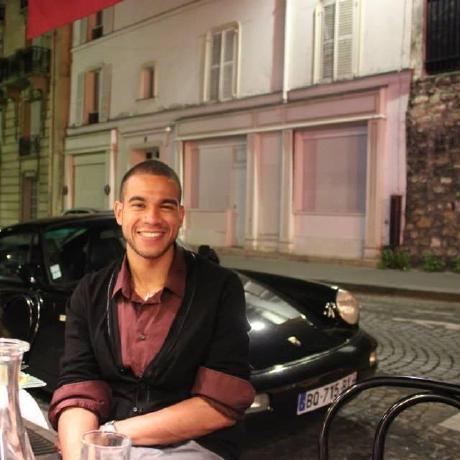 Coupling gaming and engineering, I decided that coding may be a neat avenue to pursue with the pipe-dream of creating a video game!

What is your background?

I was born and raised in San Antonio, Texas. Ever since I was little, I fell in love with video games. There was one game that I grew an affinity for which was Roller Coaster Tycoon. This was a game where you were able to build out your own roller coasters that would be loved by all attendees who came to your theme park. I attribute Roller Coaster Tycoon for being the catalyst for my passion for technology and engineering.  As high school ended, I was committed to studying Physics and Mechanical Engineering, however I decided to do a gap year in Israel which changed my career path. A few years later, I graduated from the University of Texas at Austin with a B.A. International Relations.

How did you decide to learn to code and enroll in the bootcamp?

Since I’ve always had a passion for games and technology, I felt something lacking from not having studied engineering in university. Coupling gaming and engineering, I decided that coding may be a neat avenue to pursue with the pipe-dream of creating a video game! I did lots of research over bootcamps and found that Le Wagon was well received and ranked on SwitchUp and other coding bootcamp review platforms. However, Le Wagon wasn’t established in Israel at that time (early 2018), so I had enrolled for another bootcamp. A friend who was also interested in signing up for a bootcamp sent over an article of Le Wagon opening up in Tel Aviv, which at first I thought was a mistake. Once I confirmed it was real, I switched my enrollment to Le Wagon Tel Aviv!

About half a year after I graduated from Le Wagon I stumbled into freelance development and began to work on a few projects as a contractor.

Since Graduation, what have you been doing?

Right after graduating from Le Wagon Tel Aviv in June 2018, I started to freelance as a Teaching Assistant for Le Wagon. I started off in Tel Aviv for the batch right after mine, and then moved to Germany where I TA’d in about every batch that I could. At the same time, I started to dive deep into JavaScript and React and continued learning even more. About half a year after I graduated from Le Wagon I stumbled into freelance development and began to work on a few projects as a contractor.

What has teaching at Le Wagon brought you?

I think the number one benefit has been an even more expansive exposure to the Alumni community. I’ve met some great people having traveled to different cities to teach. In terms of improving my technical skills, teaching is a fantastic way to solidify knowledge as it forces you to need to explain concepts in your own words that can be digestible for others.

Teaching is a fantastic way to solidify knowledge as it forces you to need to explain concepts in your own words.

You have Joined Microsoft LEAP program, can you tell us more about this?

Microsoft LEAP is the second most influential career event behind Le Wagon, since I wouldn’t have made it to LEAP without Le Wagon. Microsoft LEAP is normally a 16 week apprenticeship at Microsoft, however because of COVID-19 many of us got contract extensions which pushed my end date from May until July.

So during the first 3 weeks, we are in a “classroom” phase where we learn about the different tools Microsoft teams normally use in their development lifecycle. We learned .NET Core, C#, Azure DevOps, Agile and Scrum, Algorithms, OOD, OOP and other technologies that are prevalent within Microsoft. Many of the courses we had also covered soft skills such as dealing with Imposter Syndrome, leadership, and communication.
After 3 weeks, we join our respective teams and begin our actual apprenticeship with an engineering or PM team in Microsoft. I ended up joining the Application Platform Services Tech Domain which is a part of the Commercial Software Engineering org. In short, we did lots of Kubernetes, cloud platform services on Azure, and Golang.

During the apprenticeship we are given a project that we are to complete for the duration of our apprenticeship as well. By the end of the apprenticeship, based on how well you get along with your team and how you’ve performed during the time, you may be offered to go through an interview loop to convert to a Full Time Employee (FTE).

You have been offered a full-time job at Microsoft, what is your role and what do you expect from it?

I joined as a level 59 (entry level) position as a Software Engineer into the Media and Communications Industry team within the Commercial Software Engineering (CSE) org. So, what we do in CSE is work with Microsoft’s high-impact customers such as Volkswagen, BMW, Lufthansa, NBA and we will go on-site (or virtual in this case) and work with their engineers to solving a problem or challenge they have with integrating their services with Azure or Microsoft cloud products.
I absolutely recommend anyone interested in programming and software engineering to join LEAP and gain hands-on valuable experience from the incredible engineers inside Microsoft. You will have a chance to create features or products that will affect millions of users, or even make internal tools to better the development process of fellow Microsoft employees.

Overall, Microsoft is a great place to work for whether it was as a vendor, apprentice, or FTE. Microsoft’s motto and mission statement is, “To empower every person and every organization on the planet to achieve more”. So even from my experience within the company, everything is about making other people’s lives better and enriching everyone’s experience with technology.

Is there anything you’d like to tell prospective Le Wagon students or alumni?

For perspective students, I just can say do what makes you happy and continue down that road. If that is coding or programming, then jump in full force into the bootcamp and give it your all. Don’t be discouraged if you don’t even remember around 40% of stuff as you go through Le Wagon, I sure as well didn’t remember that much even after finishing.

I remember looking at code I had written 3 days before, and barely understanding what was going on. Just give it some time to sink in, and practice, practice, practice! Even now I’ll look back and have to look up something that I had done before since I don’t remember it 100%.

For alumni, I think one of the biggest misnomers I’ve come to understand and what I’ve seen separate a company like Microsoft vs start-ups is the focus on a specific technology. All the incredible people I’ve met at Microsoft are not afraid at all to learn a new technology when appropriate. I used to get so caught up in only wanting to learn one specific thing and started to bash or talk down about other technologies.

In the end, the developers who I’ve found that strive in the industry are those who understand the fundamentals and foundations and think of technologies as tools to solve a problem and not the solution themselves. So, with that said, don’t be afraid to learn new things and try and grasp the underlying foundation or paradigm that they dwell within. Oh, and don’t stop coding (if programming is what you want to do)!
Sign up to our newsletter