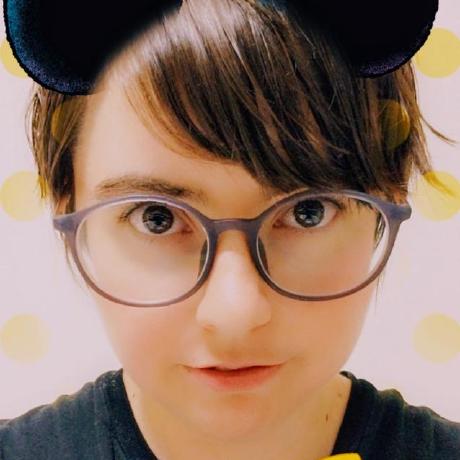 Jacque Dalton
Share the article
We were extremely happy to almost reach an even gender ratio for our 10th session in Tokyo! In this article series, we’re meeting the women of batch #279. This time we sat down with Jacque to discover that code is everywhere around us.

Hello Jacque! Let’s start as usual with a quick intro 😎

My name’s Jacque, coming from Seattle, WA just for the bootcamp. It is a long journey, but considering I had already driven across the US twice before that, a 10-hour flight isn’t too bad.

I recently got laid off by the company where I’d been working for the past 5 years, and I decided to take advantage of the generous severance package to discover the world… and learn coding!

I spent a lot of time researching bootcamps, and one review for Le Wagon on Reddit really struck me. Once I decided on Le Wagon, I was debating between Barcelona, Milan, and Tokyo but a talk with my boyfriend quickly settled that (laughs). He knew how much I’ve wanted to go back to Tokyo since my vacation in 2015, and 2 months seemed like perfect timing to get a taste of living there.

Ok! So I guess we understand “why Tokyo”, but… why coding?

I had been fiddling with code quite a lot before taking the leap — I majored in emerging media (animation), and part of the program was learning JavaScript, Python and ActionScript. The funny part is, at that time I really hated it, I was struggling so hard to understand the logic and nothing ever worked.
Right after I graduated, I tried to find a job in the video game industry, and the closest I got to that was an internship I almost landed at ArenaNet. But the recruiter who was taking care of me left, and my profile got “lost in the process”. I was running out of options, and ended up taking a data entry job at an e-commerce company in Seattle, where I stayed for 5 years.

In retrospect, being laid off was probably the best thing that could have happened to me. I was learning tidbits of programming here and there, through writing SQL queries and developing small tools for my team (like an email parser), but nothing was substantial enough to help me land that coveted first job as a developer. With the bootcamp, I am able to focus on coding, and eventually try my luck again with the gaming industry.

Will you be trying your luck in Japan?

I would love to, Tokyo is by far my favorite city! But I eventually have to go back to Seattle. I’ve been making the most of the city so far: I was at Comiket a couple of weeks ago, and got to meet one of my favorite artists. I’ve heard that if you’re thinking about moving to a city you should visit it during its worst season, and for Tokyo that’s the summer. Coming for the bootcamp during the summer was like a test for wanting to live here, and I’ve been enjoying every bit of it.

Once I get back to Seattle, my plan is to learn C# with the ultimate goal of becoming a game developer. While learning, I also want to try to find a job as a Ruby developer, though the job market is pretty competitive there especially if you want to work for large companies. But small / medium companies are a lot more flexible and don’t really care about your degree.

What’s your advice for someone who’s hesitant to dive into programming?

I’d say one big misconception is that you need to be good with math or logic. I first studied aerospace engineering. I wanted to put people on Mars, but did not understand the math (laughs). I could not pass Calculus II which is why I eventually switched to animation. I was struggling, and even worse, I wasn’t enjoying the struggle. I also hated coding back in college and yet, here I am!

Another aspect of learning to code I got to discover is that you can apply your programming knowledge no matter what your job is: in my previous job I was actually “programming” on a daily basis, and with small scripts I was helping my team and myself be much more productive.

At Le Wagon we’re of course learning how to build web applications, but there is also a ton of knowledge I’ll be able to carry over to whichever job I’ll be doing in the future.

Any specific advice as a woman in the tech world?

My main motivation to do this interview is to inspire young women, or really anyone with under-represented backgrounds who are thinking about a tech career. In the classroom, when everyone is pretty much at the same level, there’s less room for superiority complexes. And Le Wagon in Tokyo provides an extremely diverse learning environment — our cohort had, for instance, 12 or 13 different nationalities between 18 people and almost 40% of the students are women.Unfortunately, there will always be people in the workplace who doubt your abilities, even if you’re the subject matter expert. It is annoying and frustrating but don’t let them discourage you from accomplishing your goals.

Thanks a lot Jacque! All the best for your future journey 😎