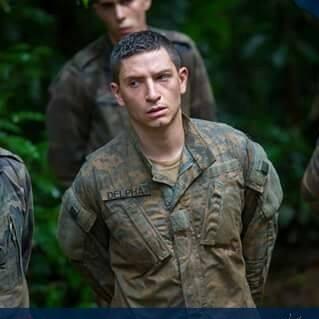 Hi! Can you talk about yourself?

You were on the Sales side, why learn to code?

I wanted to understand how programming works so that I could explain to customers “This is our application, it works like this.”

“In France, there are more opportunities for people who understand technology than those who don't.”

The idea is to understand how it works and try to give our customers a hand and have a more technical foundation for the future.

What is it that brought you to Le Wagon Rennes?

I chose Le Wagon because I did a lot of research of all the programs that exist for learning to code: like CNAM (professional development course by the French goverment), Le Wagon or other online courses. And I saw there was a Wagon bootcamp in Rennes.

It was possible for me because I live in the department of Cote d'Armor, in Lannion. It is only a 2 hour drive. So I rented an apartment in Rennes.
Everything was face-to-face, there is 1 teacher for 8 students which was great to understand how everything works. That's why I chose the class in Rennes.

How did everything go at Le Wagon?

It went really well. I learned a lot: how to do front-end and back-end development, how the Internet more or less works and also Object Oriented Programming (OOP) but for me the coolest thing was the last day, which was Testing.

And today what is your job?

I do automated testing at my job.

Around 90% of my time is spent writing automation scripts which starts a docker container in Gitlab. So every morning at 5AM for example it will start by itself and produce a report which says, “this is a list of all the problems/bugs on your website”. In 1 hr and 47 minutes (currently it is almost 9 hours) we can test our entire site.
Because of that I am more free to do other things which is cool because now my company is really comfortable to give me different opportunities to do other things like video tutorials, customer support and to integrate with our content team in Paris as I am also capable of making content in English.
I do a lot of things and it's thanks to Le Wagon that I can do it now

Testimonial from Jean-Christian Villey, CTO and co-founder of Saooti

Saooti is a company that was created in 2009. We provide platforms and services around audio, in particular platforms for web-radio and also platforms for podcasts.

What kind of job did you hire Doug for?

Doug was hired to do test automation. We wanted to improve the quality of our products. For this, there is a lot of testing and automation is one of the essential components.
Then for someone who masters the test well, the advantage is that he masters the product as well. There is therefore also the aspect of support in his role.

Was there a technical need in the position?

An understanding of things is important so it is a must to have a technical base.

“Starting to test is already is already to start to debug. It's getting into the code a bit, often other people's code.”

Besides, automation itself is coding work. So Doug had to code those parts.

Did his knowledge of coding help him get the role?

The fact that he has knowledge of code and that he is able to show fairly quickly - because the training is still quite short - things that stick together, is obviously important.
Afterwards, what interested us about Doug is his personality and his approach.

“That's what we liked more. It is the approach and the motivation in general that we were really pleased with. So we took a personality and some promises.”

He started with a sales profile and was extremely motivated with his objective of getting a technical role.

Do you fear hiring juniors?

Not at all. At Saooti, ​​we have hired a lot of juniors.
These are specific profiles for which there are not necessarily so many candidates for reasons of luster, reputation of the positions, which in my opinion is not justified but that is another debate.

For you, is it interesting for a sales profile to be trained in tech?

“It's interesting to have a technical background to reassure yourself, to be able to speak the same language, to also be able to acquire trust because there is often a problem of mutual trust.”

Having this double culture makes it possible to build a bridge or connection.
And conversely for a developer coming from sales, to know what a customer requirement is, to know what an operational, return, emergency, etc. requirement is. is a very valuable experience.
The journey is interesting in both directions.
Sign up to our newsletter