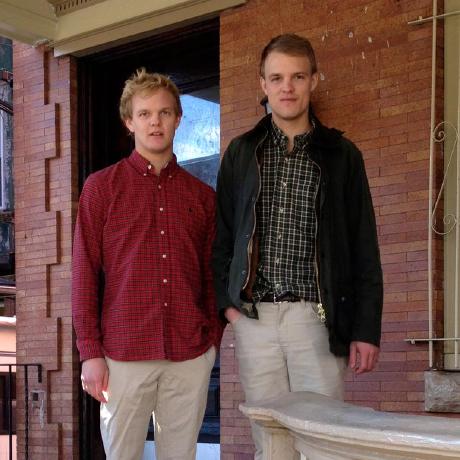 Before joining the Bootcamp, I’d finished my law degree followed by a six months internship at a law firm. At that point, I realised that I liked law, but that I didn’t love it. I felt that it wasn’t the path I wanted to take, at least not yet.
“So better do it now before being tied to law for life. And the desire to learn web development had been on the top of my list for some time, so I decided to give coding a go. So I joined Le Wagon as they were, by far the best-rated course on Switchup.”
Before joining the course, I wouldn’t think I’d like it as much as I did and pursue it as a career. But now, six months after the course, I’m developing iOS apps.

Prior to Le Wagon, I had no coding experience, so the learning curve was very steep. But if you are committed and ready to put in the work, you’ll get there.
Honestly, the course is so well designed and structured. The learning interphase is great, you have your fix set of challenges, great TA support, good test files, as well as flashcards to repeat the theory of the day. The teachers as well are of very high quality.
What I enjoyed the most though, was learning how to make websites from scratch and whip up stuff quickly. In our group, for our final project weeks, we were able to challenge ourselves by working on a complex Rugby fantasy game that we were able to take pretty far in the last 2 weeks of the Bootcamp.

On most weekends, to sustain myself, as I had done throughout the last two years and during the Bootcamp, I was working in a fruit shop.
But of course, my priority was to continuously learn and gain more coding experience. As you’re a fresh Junior after a Bootcamp, it’s super important to build your confidence and push yourself to learn more. And for that, you need to say yes to the opportunities that come your way.
So I went for a couple of Hackathons. One of the Hackathons was the GovHack 2019, that we joined with four fellow Le Wagoner’s, three super talented lawyers and very talented people from Data61.
During Govhack, after sleepless nights, we were able to build a product, in only a couple of days, to propose a solution to the AFSA (Australian Financial Security Authority) challenge. And we won :)

That gave Aaron Mendonsa (with whom I had done the Bootcamp) and I the possibility to travel to Canberra for two weeks to work with AFSA on some projects and work with their technologies.
Through Le Wagon’s network, I was also offered to run some Growth Hacking and Scrapping Workshops for a startup accelerator. I also ran a couple of Workshops for Le Wagon, and I was able to teacher assist with Le Wagon in their next cohort.
During the Bootcamp, I was also introduced to Bilal Tawfic, a software engineer which after a couple of months post Bootcamp became my boss. Bilal had decided to launch his software company, so along with another student of Le Wagon, called Andrew Pisani, we joined Bilal on his endeavor.
And now, I am working on developing iOS apps in Swift. Although the syntax and architecture are a bit different from Ruby, it’s a challenge we enjoy. It’s all about solving problems and to put together stuff step by step.
As long as you know how to problem solve, and Le Wagon is exceptionally good at pushing this mindset, you realize how much you can get done with only hard work and the right mindset.

First, what I felt was the most valuable skill I learned at the Bootcamp, was debugging. We had some excellent teachers that were pushing debugging onto us.
If you know how to debug, you can quickly see where you are going wrong and then correct yourself promptly. That means you can advance quicker, enjoy the process as you spend a shorter amount of time on the different challenges you encounter and turn programming into a game.
So now, on my current project, we are using a Swift debugger for our iOS application. It’s not the same as the Ruby debugger, but it is similar.
Second, If you want to grow quickly after the Bootcamp, it’s essential to work with someone that knows a lot more than you. With Andrew, we are super lucky to be working with someone like Bilal. As he’s a software engineer, he puts a lot of thought into designing the software, that is, understanding how it’s going to look like. So he spends a lot of research into for example finding the type of external libraries we are going to use to optimize our project.
Above all, it's super essential to develop self-confidence, which isn’t easy. As everyone that finishes a Bootcamp, you’re pretty fresh and you know that the Bootcamp is just the beginning of your learning curve.
But if you take the initiative, if you are proactively learning and working hard, you’ll achieve your goals.
Sign up to our newsletter