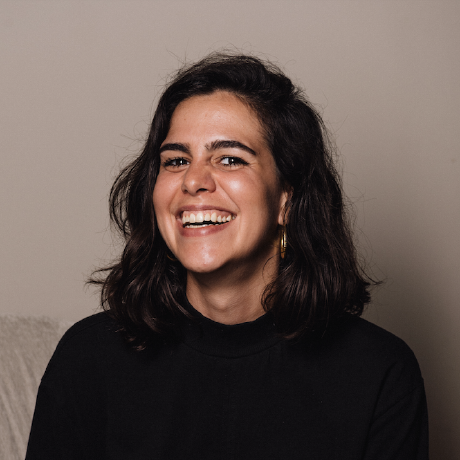 I worked for the government of Panama as an embassy to the UN in Geneva.

What made you decide to change careers?

I loved the job and learnt a lot as I was the middle point between the national and international political sector. But as time went by I kept on noticing the same patterns. It wasn't that people didn't have the skill, money or will. It was more a problem of processes and that was when I started researching which technologies were out there to optimise those processes and automate them and make them more effective and efficient and eventually that's how I got into technology. Through that research, I quit my job, moved to Berlin and did Le Wagon there and the rest is history.

Why did you choose to do a bootcamp?

I struggled with online coding tutorials and went to a ton of coding workshops and tried to do it on my own until I realised I needed to be in a setting where I can get empowerment and physical help from teachers who knew better than me. I was getting stuck on the same thing over and over. So that's why I took the leap and decided to do Le Wagon there.

A big part of it was the time. I wanted to do something short and learn the most amount of things. Also, the great reviews. I kept on seeing organic reviews from hundreds of people who said that the experience changed their lives and it was very empowering and that was the type of people I wanted to be surrounded by.

Were your expectations met during the bootcamp?

I am going to say no. Because they were exceeded. I don't think I was prepared for what I was about to experience. Especially coming from the government sector I was used to following protocal, diplomatic and squared processes and all of a sudden I'm meeting all these people who are so passionate and "geeking" out over code for days and hours. It blew my mind.

What were the top challenges of the bootcamp?

1. The intensity of the program. I wasn't expecting to shut off my entire life while I was there.
2. The change of mindset - coming from a liberal arts background and having to transition into a procerdural process was really hard in the beginning but the curriculum was designed in such a wasy that if you crossed the threshold, the learning curve steepens and that was really powerful for me.


What were your key takeways from Le Wagon?

The community. I joined the program because I wanted to learn how to code but I left it with more friends than I can count and they just keep on growing. The fact that people come from different backgrounds and countries with code layered on top of what they knew before is incredibly powerful and is such a good bonding experience. I've been traveling around with the company for over a year now and for me when I get to a new city, I just hit up the Le Wagon slack and all of a sudden I have people to drink beer with, geek out with, I get jobs and the community is everything. Worth all my money.

How did you feel working with other students in the same position as you?

Very empowering, especially after trying it on my own, it was nice to see that I wasn't the only one. That communication and collaboration can go a long way when you're stuck in a bug that you don't even know where to start debugging. I think that teaching and learning from others is the best way to push yourself forward.

What do you think of the space?

Especially after having done Le Wagon in a sole office and coming to a co-working space like Inspire9, it was really shocking to me. I didn't quite understand how that would work, but after being here for 2 batches now I am amazed at the community that has been built and the networking that is gathered from working with similar people working on different projects. It's incredibly powerful.

What was your experience upon leaving Le Wagon and what are you doing now?

Once I left, I felt scared. I didn't think I would like programming as much as I did. It was a scary experience to rethink my path and what that would look like in the future. That's when I started applying for jobs and realising that I was a lot more prepared than I thought I was. That's when Le Wagon in Berlin offered me a job as a teaching assistant so I started working there, thinking it would be temporary and from there they offered me to do the same in Tel Aviv and then Bali and now Melbourne. Once I've realised I've been traveling the world for a year and right now I am one of the lead teachers for the bootcamp and it's a great job, I can't complain.

How are you applying your skills now?

Today, I work as a lead teacher for the bootcamp and also doing freelance work on the side. So it's a great market to come into because everyone needs a website these days. A lot of students will ask me what's the hardest part of being a freelancer, and it's definitely a lot more admin than it is getting clients.

What would you tell people who are considering Le Wagon?

I was reading this article the other day that said every company in 2019 is a tech company. Although that's not really true, the reality is that if you are not thinking of your company as a tech company, you won't make it. So for anyone who is thinking of joining Le Wagon, I would say that there is nothing more powerful than layering code over your background. It doesn't matter where you want to go, but knowing what's going on behind the scenes of the internet is half of what we do these days. If you are thinking about it, I would say go for it. It's worth a shot.