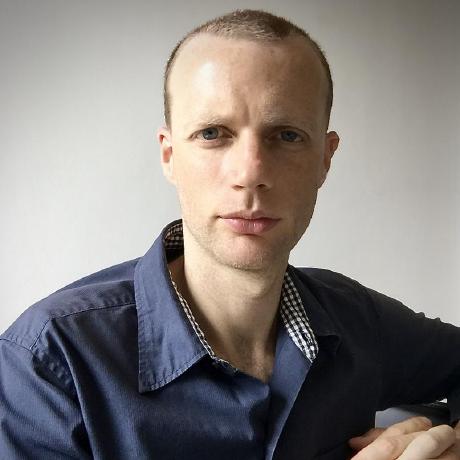 Jethro Williams
Share the article
Jethro graduated from Le Wagon batch #189 in Bali in November 2018. After living 10 years abroad, he is now back in London, his hometown, working as a web developer. We asked him about his motivation to change his career by joining Le Wagon and about his job seeking experience

My education was in Business, but after some years of travelling and living out of a backpack, I found myself spending six years working as an English teacher in Thailand and China.

Why did you decide you wanted to learn to code?

Although I enjoyed teaching English, over time I grew concerned with the lack of a future it offered me. I sought a career that I could be equally passionate about, but that would offer me the means to live well, to progress, and to retire comfortably at the end of it.
At the same time, I'd always had a passion for creating things, and I’d grown a little frustrated that there were apps in the Apple ecosystem that I really wanted to exist but that no one was making.
I’d posted these app ideas in forums, hoping that someone would pick them up, but no one ever had. Until eventually one day, I just said screw it, I’m going to learn to code iOS apps and make them myself.
I spent a small fortune to upgrade from a cheap Windows laptop to a MacBook Pro, with the intention of teaching myself Swift and eventually making apps that I could put onto the AppStore.
I didn’t make very much progress though, because while still working a full-time job, I just didn’t have the time that I needed, to learn enough to turn app development into a career yet.
What that first foray into programming did teach me though, was that I loved it. I loved the challenge of having a vision of how something should work, and then having to figure out how to write the code to make it into reality.
So I had to make a choice. If I don’t have enough free time to properly learn to code while working full-time as a teacher, then I’ve either got to stop coding and focus on teaching, or I’ve got to stop teaching and focus on coding.
And if there’s one thing in life that I fear, it’s regret. And for me, regret doesn’t come from failure. Regret comes from not knowing. It comes from not trying something in the first place.
If this all goes wrong, I can go back to being an English teacher again, but I don’t want to spend the rest of my life not knowing if I could have been successful as a programmer.
So I quit my job.
But with only a small amount of savings to live on, I had to take programming from being a fleeting hobby, into a full-time job, in the fastest time possible. And the fastest way that I could find to go from novice to employed programmer was to go to a bootcamp.

I researched into many bootcamps, but Le Wagon always stuck-out to me.
After an impromptu conversation at work, a colleague messaged me this article, which is how I first heard about Le Wagon.
It’s written by a previous Le Wagon graduate, as he details his journey from zero knowledge to employed programmer.
I’ve never met the author, and presumably, he’s never even heard of me. But throughout my own journey, he was somewhat of a mentor to me, as I referred back to this article at times when I felt overwhelmed. But what I sought from a bootcamp, was that I didn’t want to have my hand held. I wanted to be pointed in the right direction, and to be let free to express myself through code, and that’s what I felt from Le Wagon.
To help me decide, on a trip back home, I visited the London campus to meet the teachers and speak to the current Le Wagon students, and that did nothing to put me off. But after returning to my then-home of Bangkok, I decided that the sunny beaches of Bali were a more appropriate backdrop for the adventure I was about to embark on.

What would you suggest to someone who wants to join Le Wagon?

Once you’ve established that coding is something you really like, you don’t need to bring any prior knowledge to Le Wagon with you. You are taught everything, from the beginning.
What you need to bring with you, is a desire to learn, and an open mind.
You don’t always know what’s going on, and you don’t always feel in control. But as the staff tells you  on the first day, “just trust us.”
Just trust them, trust their methods. And as long as you’re open-minded, and are dedicated, putting in extra time where you need it, on days that you perhaps didn’t feel like you understood everything so well, then that is all you need.
But to gain as much as you can, Le Wagon must be your only focus.

How did you start your new career as a developer after the bootcamp?

The Demo Day is the last day of the bootcamp, but for me it didn’t mark the end. It was just the beginning. Coding is such a huge, ever-developing subject area, that there’s not a person alive who doesn’t have more that they could learn.
As we were told, the knowledge that we gained will leave our minds as quickly as it got there if we aren’t using it. So from the very first morning after the bootcamp finished I pulled-out my laptop and got started making my own website.
I had that knowledge now, but it wasn’t going to stay in my brain much longer. So I really wanted to reinforce what I’d learned from the bootcamp.
For my own peace of mind, I had to know that I could do it, without having the Le Wagon teachers there to ask for help.
In ten days I made my own website, ready to be put online, rich with features that I’d imagined along the way, including a WhatsApp clone that came to me one day.
And with that done, I moved onto wanting to show it off to people who’d understand what I’d achieved, by applying for jobs where they’d ask me about it.

How was the job seeking experience?

The Internet is littered with job boards, and a trap I almost fell-into was turning job-hunting into my full-time job, and not coding anymore.
A few times I had to pull myself back and say: “Remember, coding is the important thing to be doing. Applying for a job is what you do on the side, but coding is your priority. Always. You’ve got to make sure that you’re learning, every single day.”
And without any experience on my CV, I thought that the job hunt would be a long process, but I found it to be remarkably easy.
I went for a bit of a scatter-gun approach, where if there was a job that I could be even remotely qualified for, I would send them my CV. Not because I even wanted that job, but because having never worked in tech before, the interview was an art in itself.
It probably wasn’t until the fifth phone interview that I started feeling comfortable, having already been asked most of the questions that I was going to get asked.
This scatter-gun approach worked wonders, and it wasn’t long until I’d sent-out so many CVs, that I had at least a phone interview scheduled for every single day for more than a week.
I’d also read horror-stories about the technical interview, and was expecting it to take dozens of them before I became comfortable.
As it was, I got offered a job after my very first technical interview, with a start-up in central London. They offered me a generous salary, for someone with no experience, and I accepted.
It was three months after the start of the bootcamp, and I was employed in a job as developer. That was my absolute dream scenario when I’d quit my job as an English teacher.

What are you working on now?

I’ve been in my job for almost three months as I write this, and it’s going really well. Technically speaking I work with Ruby on Rails and React.
The job is like an extension of the bootcamp, there’s a lot of stress as I continue to learn. And only now am I starting to feel comfortable.
I’m the fourth engineer on the team, but the others all have a minimum of four years experience. That puts a lot of pressure on me, but it's the perfect scenario to improve fast and learn.

The one thing that I’ve learned about coding, is that it’s never boring.
It’s often stressful, and it’s often painful. But it’s never boring.
It’s exciting to me to know that I’ve only scratched the surface of this vast expanse of things I can learn.
Everyday I learn something new. And it excites me to know that I now make my living by doing something that I enjoy and that I want to do.
I love coding. I love sitting down at my computer, having a vision of something that I need to create, and then having to write the code to create it.
And from being in an enjoyable, but dead-end career as an English teacher, where I couldn’t save much money or even look forward to a pension, my future is now bound by the limit of my imagination. I have the tools, that if I have the idea for the next Airbnb, or for the next Facebook, then I can make it into a reality.
That is what Le Wagon offers.
It doesn’t promise you anything, other than an opportunity.
It gives you the tools that you need to change the world. What you do with them, is up to you.
Sign up to our newsletter