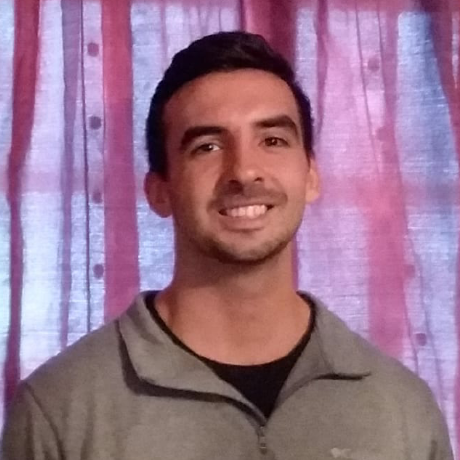 Benjamin Skiff
Share the article
Ben is a former Le Wagon Bali's alumni, and he's had himself a coding dream for quite some time. What drew him in first was the thought of being able to work as a developer from anywhere on the map.
Remote working is an increasingly popular endeavour. Whether it be as an untethered employee from a reputable company or an independent freelancer making your way through the world, it's a worthy route, and coding is an ideal opportunity to capture the digital nomad lifestyle.
A year and a half after he completed the bootcamp, Ben and I had the opportunity to sit down and video chat. During our conversation, Ben was in a coworking space in Prague. That dream he was after had obviously come to fruition; working independently in one of the world's many beautiful destinations is the exact image of a digital nomad.
"I just arrived here after two months travelling and working between Mexico and Colombia," he said as we dove into our chat.

Tell me about your background.

I have a bachelor's in physics. Right after graduation, I began work as a Reliability Engineering Technician at a company that produces microphones and other systems. A couple of years ago, the company was in the process of selling but no one was purchasing it, so I lost my job. Rather than wallowing, I took the situation as an opportunity to change my career.

Why did you choose coding?

Coding always fascinated me. I did some coding in uni, though not related to web development, but during that year I remained curious and interested. My job was far from coding-related, so it was on my own volition that I decided to go deeper.
I searched for a coding bootcamp back in the US, but I knew that I wanted to travel. I was fascinated by the digital nomad lifestyle, and really didn't want to wind up with a boring office job in a place I was familiar with.
Ultimately, I chose the course in Bali because it fused my love for travelling with my desire to learn code. It was the perfect opportunity to discover a new world, in more ways than one.

How was your experience at the course in Bali?

The course exceeded my expectations. Le Wagon was an amazing opportunity to combine Balinese travel with coding practice. It was also a great opportunity to network. After just two months, I was able to build a full app, and I think that speaks volumes.
To add to it, Le Wagon is affordable, especially when compared with other bootcamps in the US. And unlike the schools in the states, this place served as an opportunity to learn about the digital nomad lifestyle while I was in school.

How did you start your career as a remote developer?

Right after completing the bootcamp, I did a bit of freelancing for friends and a few clients. Soon after, I started to look for a job, applying for a few at the same time. It took a few months, but I did land a position. I had applied in the month of April, and was hired in June after the interviewing and vetting process.
The company's HQ is located in Prague. As soon as I got hired, I came to Prague for a couple of weeks as a child period. Then, I began working remotely. I'm basically location independent. I can even work in US time zones if I prefer because part of the team is there so we can have a daily call in the morning. Every few months, the developer teams meet in Prague, so I come to Europe for the time being.

What are you working on right now?

I started on Ruby on Rails, but in the last months, I switched to Swift and Kotlin. We just released a new app on the Apple store and I'm now working on the Android version.

What was the start of your career as a developer like after the bootcamp?

The course was a great starting point, and it gave me enough of a foundation to start employment. After that, however, it was up to me. There's a lot to learn, even after the course, and it's important to keep pushing. The world of development changes fast, so I have to stay updated.
As a developer, I think that you never really stop learning, and it's up to you to determine how far you want to go. As we did in the course, Ruby on Rails is a great framework to begin with. It's easy to switch to other languages and frameworks down the line. I felt ready for more learning.
As for being a digital nomad, working alone can be really challenging sometimes. Most of the time, when you get stuck somewhere, you have to find the solution by yourself and it can take a while. This was especially true when I first approached Swift and Kotlin. It has been a true challenge, but a worthy one.

Tell me about your daily routine as remote developer.

Every morning, I join in on a scrum call. As a team, we talk about what we did and what we are going to do. Every two weeks, we have a sprint meeting to schedule the next two weeks.
I usually code from 8-10 hours per day, but I do take breaks from time to time. As long as I do enough work, I have the freedom to schedule my own day.

How do you keep yourself focused and motivated while travelling?

For me, it's important to go to coworking spaces. It's easy to get things done in such an environment. On the contrary, I find it easy to get distracted at home, so I make an effort to be fully focused during the week and enjoy the weekend when it comes.
I think you have to be self-motivated. I have met people who are too distracted, and they can't get their work done. At the same time, you have to be able to learn things on your own, because you don't have anyone next to you to help. You have to feel comfortable with yourself.

Do you miss having a house?

Not really. I love to travel and explore. Sometimes it's hard to meet people, build a small community and then move somewhere that you have to create another community. But it's a beautiful life nonetheless.

What's the plan for the next few months?

I'll stay in Prague for three weeks, then head to the states for a couple of weeks. After that, Antigua and Guatemala for the summer. Then it's back in Prague in September.

What advice do you have for people who are trying to decide if the bootcamp is the right choice?

If you are thinking about coding and are ready to make the commitment and the change, just do it. You won't regret it! Just make sure that you like coding. If yes, don't even think and go for it.

Any larger plans for the future?

Keep doing what I'm doing. I want to continue traveling around the whole world. Maybe one day I'll start my own company.  I'm still enjoying coding; creating things that people actually use is fun.

Thanks Ben! We hope to see you soon in Bali.