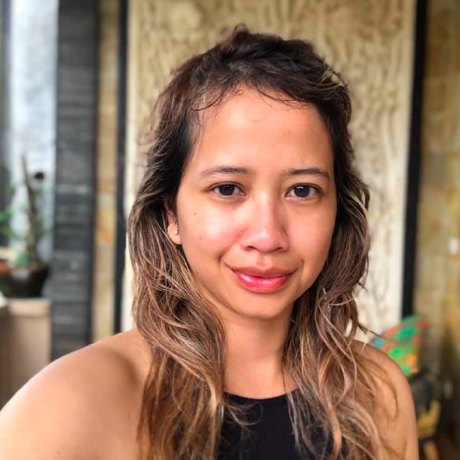 Marisa Paramita
Share the article
Marisa and Mark did Le Wagon together.  They had a mission to start something on their own.  And to make a real difference in the world with that very initiative, but they didn't really know where or what to start with.  Both coming from impressive careers in marketing and finance, they decided the missing piece to their co-founder puzzle was tech.  And lucky for us, they joined us here in Lisbon this past June to learn how to code, build web products and eventually found the inspiration to launch Olive Gives which impressively showcased at Web Summit just 4 months after the bootcamp finished.

Marisa: I went to Bandung Institute of Technology in Indonesia around 2004  for a Communication Design Major but didn’t graduate. Instead, I started my career as a Creative Producer and occasional Broadcaster for fun - for a radio station in Bandung, Indonesia. My passion was music, but I never managed to learn to play musical instruments and instead decided to join an indie record label as a Concert Event Organizer. After that, I worked as a Strategic Planner for a marketing agency.
When Uber launched in Jakarta with a new business model I was interested, I went to the Uber office and gave a presentation about the Indonesian market - a week later they hired me as Marketing Manager.
Two years later, I was launching Uber in Myanmar. I was also traveling quite a bit between Southeast Asia and US/Europe, and I was amazed by the stark difference in purchasing power between the developing and developed world.
After Uber got acquired in Southeast Asia, I was traveling and met Mark. Both of us always talked about business ideas and how to make the world a nicer place to live in.
Mark: I grew up in near Dallas, Texas and spent my formative years working in finance, specifically energy investments for a family of mutual funds.
While I enjoyed the challenge of the work, I knew that I wanted to do something else. Specifically, I wanted to build products and businesses that could produce positive benefits to society at large. So after meeting Marisa, we got to brainstorming.

Why did you want to learn how to code?

Marisa: My mom used to write code, Fortran - which is really cool. So it helped me build the confidence to learn to write code. I don’t have a math background at all (please don’t ask me 8 multiple by 9) but during my Uber time, I wrote several baby SQL queries.
After working for Uber, I moved to Canada and worked in a small startup. During that time, the idea of creating my own company started growing really strong. But we always hit a wall - which was: Who will build this company? Is it possible to execute this idea?
So at that moment, learning to code came naturally.

Mark: Conceptually, I was always drawn to the idea of coding; writing logic statements and watching an application unfold before your eyes. And, I already enjoyed analytical work from my prior career.
I had worked on previous startups where we outsourced app development, with mixed results. I wasn’t keen to repeat that process next time, so for us, the only logical option was to acquire the skills to develop an MVP ourselves.

I did similar coding bootcamp comparisons and came to the same conclusion: Le Wagon was the best option for getting us the knowledge we needed to know to build and launch an MVP.

Marisa: I had my eye on Le Wagon three years ago, but I didn’t yet have the time to take the course. After I resigned from my previous job in Canada, I thought this is probably the best time to join Le Wagon. I compared another coding bootcamp, but since my goal was toward using coding with entrepreneurship, Le Wagon was more suitable for me than the others.
Mark: I did similar coding bootcamp comparisons and came to the same conclusion: Le Wagon was the best option for getting us the knowledge we needed to know to build and launch an MVP.

Marisa: I was in Lisbon in 2016 and fell in love with the city, even though it’s always uphill walking and slippery during the rain. But the city is a gem that I love so much.  I kept telling Mark about this city so it was a fairly easy choice when we decided where to go next.
I think I could write the whole blog about 'Why Lisbon' question, because during our stay in Lisbon, we had an amazing experience with the city, festival (Santos!!), bootcamp friends, surf, historical places, teachers, etc. We even decided to extend our stay in Lisbon to finish building the Olive MVP.

How was your Bootcamp experience?

Marisa: We’re really lucky. We had amazing classmates during the bootcamp, the kind of friendships that will last for a long time. Everyone was really supportive and loving.
I am a more right-brain thinker because of my background, so I was struggling in the first week. But it felt like riding a bike, once I got the programming mindset - from the logic to pseudocode - everything felt easier.
Mark: It was a great experience; we really loved all of the staff, teachers, and fellow students in our batch. Our instructors were highly knowledgeable and able to answer any crazy questions we had. The curriculum was tight but efficient. By the end of 9 weeks, we were really making fully functioning apps!

So during the bootcamp, we needed to present an idea. I wrote down a bunch of ideas, but in the 15 minutes before the deadline, I deleted all the slides and made a new one for Olive Gives.

Where did the idea for Olive Gives come from?

Marisa: The stark differences of purchasing power between the developed and developing world has stuck in my mind for years, and at the same time, I always wanted to try to build something that could help others. The main reason being, I was in financial difficulties about a decade ago. The feeling of helplessness made me promise myself that if I ever have power - I will do what I can to help those in need.
So during the bootcamp, we needed to present an idea. I wrote down a bunch of ideas, but in the 15 minutes before the deadline, I deleted all the slides and made a new one for Olive Gives.

What is Olive Gives?

Marisa: A web app that helps users round up their digital spare change and donate it automatically every month. Users can also check the impact that they created on their dashboard.
Mark: Our goal was to make charitable giving easy. According to Deloitte, almost half of Millenials want to give back to society. But giving can be difficult: Which groups should I give to? How much should I give? How are donations done?
We created a dead-simple onboarding process that lets users select one of the hand-vetted non-profits on our platform, link their account activity and payment, and see the impact they created from their dashboard.

We received good feedback after Demo Day at Le Wagon, and we shared the idea with our friends and family as well. In my personal opinion, this is something that I would love to do in my life, this is the product that's worth my stress and sleepless nights.

What was your motivation to actually launch Olive Gives?

Marisa: We received good feedback after Demo Day at Le Wagon, and we shared the idea with our friends and family as well. In my personal opinion, this is something that I would love to do in my life, this is the product that's worth my stress and sleepless nights.
Because we know that we are helping to create something good. Our big vision: A huge number of digital transactions happen around the world every day. If we can help donate the spare change from even a fraction of those transactions, we can help make the world a better place.

I know you were showcasing at Web Summit? How was it?

Marisa: Before Web Summit, we were in Las Vegas at the Money 20/20 conference, where I got the chance to go on stage and pitch Olive Gives, which was quite an experience!
Several days later we were in Lisbon for Web Summit, which was much bigger! We met a lot of interested people and received great feedback on our product and position.
Mark: Before the conferences, we made a quick plan of what we wanted to accomplish and the people we wanted to meet. It was quite chaotic at both conferences so we certainly recommend pre-planning to be able to make the most out of any conference.

Some of the most receptive feedback at the conferences was from financial institutions. There was material interest in potentially using the Olive Gives platform to offer donation capabilities inside a brand’s customer experience.

What’s next for Olive Gives?

Mark: Some of the most receptive feedback at the conferences was from financial institutions. There was material interest in potentially using the Olive Gives platform to offer donation capabilities inside a brand’s customer experience.
With that in mind, we are considering building out a B2B platform by creating API access to our platform. It's still early stages but we are excited about the potential!

Marisa: Absolutely! Just go to https://olive.gives to get started today!

Support a charity of your choosing, sign up: https://olive.gives