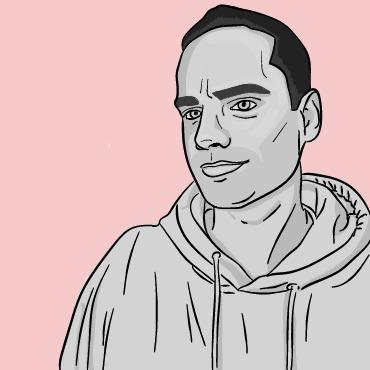 Matt Pitt
Share the article
On average, you will change jobs twelve times in your career. Job hopping is the new normal. Gone are the days when people work for a single company until they reach retirement. Most people, however, throughout their lifetime, will stick with a specific job role. That is the norm. But what if you are dissatisfied with your career choice? At what age can you pull the breaks and change lanes?

I had already taken the first step: I quit my job. It was by far the easiest one in a long succession of increasingly bigger obstacles, but I didn’t know that then.

I had already taken the first step: I quit my job. It was by far the easiest one in a long succession of increasingly bigger obstacles, but I didn’t know that then. The only thing I knew was that I wanted to fulfill my dream of backpacking with my girlfriend, Charline, and start a new company. No biggie.
Almost six months after we took a plane to Thailand, my carefree life was coming to an end. It was the summer of 2018 and I wrestled with my next career step on the beautiful island of Gili Trawangan, Indonesia. Despite some uncertainty, one thing I knew was that I didn’t want a radical change in my life. I had accumulated a lot of know-how throughout my career, first as a speechwriter and assistant in the UK Parliament and then as a strategy consultant. There was no reason for me to give any of that up and start over again. But I was looking to go in a different direction, combining my experience with something new.
Take a second and try to think of an industry which is not led - or at the very least - driven by data. Media outlets use data to figure out the best wording for a headline, sport scouts use data to figure out who is the next superstar, companies measure the success of their advertisements by checking the number of impressions they achieved. The list goes on. The world has become a data-packed globe. And with data, comes programming.
Le Wagon appeared as a blip on my radar after Charline took part in a one-day taster course in programming.  After some research, I discovered a Bootcamp was scheduled to start one day after I got back home. What to do? In a highly competitive labour market, was it wise for me to take some time-out and learn a new skill? Where would it take me? Perhaps a cul-de-sac…

In the end, it was neither curiosity nor courage that won the day, but reason. Programming is everywhere and permeates every fabric of our society.

In the end, it was neither curiosity nor courage that won the day, but reason. Programming is everywhere and permeates every fabric of our society. Even if I might never use my programming skills on a day-to-day basis, I told myself, I would at least understand and use it to influence my work. There was no dead-end, just another path that would make me a better communicator, designer and brand strategist. So, with the click of the mouse, I signed up, passed the interview stage and completed some mandatory online courses.
A word of warning: Bootcamp is tough. I worked on weekends sometimes late into the night. It became such a central part of my life, that code and numbers took up permanent residence in my brain and left room for little else, even in my dreams!
Now for the good news: it was, without a doubt, totally worth it. The sheer intensity of the Bootcamp was more than matched by the camaraderie of over 35 students trying to reach the same goal: to solve problems with code. In nine weeks, I learned frontend and backend programming and have spent much of my time since, learning more and more about designing products. I am still in contact with some fellow “Bootcampers”, but more importantly, I am now part of a huge network of programmers, entrepreneurs, data analysts and so much more, all of whom I can ask for help and probably, in the near future, work with.

Fast forward to today, Charline and I are now running our own Strategy and Design Agency pixel+fox.

Fast forward to today, Charline and I are now running our own Strategy and Design Agency pixel+fox. The vision upon which we founded the agency is to help create a fair and transparent digital economy in which everyone has the chance to try out their ideas. By combining over 12 years of experience in communications and five years of coding and design, we now have the privilege to help some of the world’s best companies get ahead by turning ideas into brands, products and stories.
We live in a fast-paced world that demands us to acquire numerous areas of expertise. The reality of today is that specialising in one single area is no longer enough. It is about staying ahead of the curve and putting something unique on the table that will set you apart from the rest. Looking back to when I was on that sunny island, I know that I made the right decision. My time at Le Wagon was not only fun but an investment in the future. And I believe anyone can do it, no matter what age or profession. It is never too late to pull the breaks and change direction.