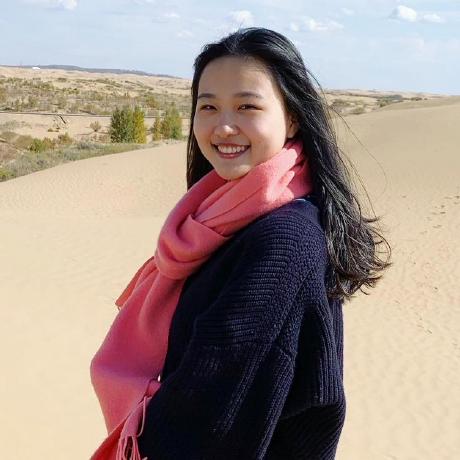 How did you find Le Wagon?

Before her bootcamp at Le Wagon, Shirley had been taking zoom lectures with teachers and classmates living across the sea. A bit tired of the online meetings, she started to explore new ways of developing her skills locally. Arianna, a friend of her and also recent graduate of Le Wagon, brought Shirley into the community. Not long after, Shirley decided to take Data Science bootcamp.

“I can build a game now, but then what?”
In fact, this was not Shirley's first encounter with programming. When she was a freshman at Middlebury College, she took an Introduction to Computer Science course and learned some Python and other programming knowledge.
Despite her intial interests, instead of choosing Computer Science, Shirley picked Physics. She couldn't imagine what she could use coding for in the future. The course was fun to take and taught her how to build small games/projects, but in a nutshell, Computer Science degrees deal with the theoretical foundations of information and computation, with less focus on its practical applications. She felt something was missing from just learning computer science.

Before declaring major, Shirley took one or two classes in almost every discipline. Though, in the end, it was really the instructors and classmates in the Physics department that helped decide which major to take.

In the past few years of her study, she explored science, physics, and the universe in a mutually supportive environment. Combined with Economics, she developed and practiced the logical thinking ability, which later on helped her to learn data science and programming at Le Wagon.

Le Wagon gave Shirley a similar experience as within her Physics department. The Data Science bootcamp is an intensive program that challenges students to learn core aspects of Data Science in 9 weeks. It includes Data Engineering, Data Analysis, Machine Learning, Deep Learning and so on. The positive environment at Le Wagon helped a lot."When discussing our project with team members, it was like returning to high school. We would sit down at a coffee shop after class and just talk about it. A lot of topics were discussed, and finally we decided to make a machine learning tool to assist people in their daily communication. "

"The members of our group came from different backgrounds, some already had several years of working experience, and one has just entered university. Despit our diverse backgrounds, we worked well together. So the experience was quite successful."

Studying in Le Wagon's Data Science bootcamp helped Shirley better understand the crossroads of academic theory and practical application. She is determined to apply data analysis in her thesis on black hole research.After graduating from Le Wagon, Shirley successfully acquired offers for data internship positions at Bilibili and Guanyuan Data. For Shirley, her experience studying with Le Wagon and now working as a Data Analyst has helped her confirm what she wants to do moving forward in her career: Data.

Are you ready to explore the world of Data Science?
Apply our Intro to Data Science course via: https://info.lewagon.com/china-online-data

Or, if you already have coding background or experience, apply our Part time Data Science Bootcamp via: https://www.lewagon.com/shanghai/web-development-course/part-time

If you have more questions about programs in China, contact our General Manager Alex for more info:
Sign up to our newsletter