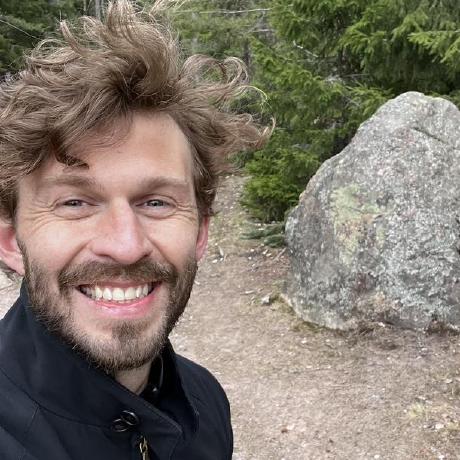 What was your story before you joined Le Wagon bootcamp?

What were the reasons that drove you to China?

In the beginning, I was mostly focused on learning Chinese. After graduating from university, I thought that by learning Chinese and better understanding Chinese culture, I would have an easier time finding a job back in the US.

Do you have any secrets of speaking amazing Chinese?

You have always been a fitness advocator, were you like this when you were young?

Yeah, I had always played sports growing up.
From an early age, I mainly played competitive ice hockey. At the time, it defined who I was. I was at the local rink every night during the week and traveled throughout the country for tournaments most weekends. During my 3rd year of high school, my hockey team made it to the national championships and came in 2nd. A lot of players from that tournament play in the NHL now.
So fitness has always been a part of my life.

How does it feel to wake up at 5 am every morning? How and when did you start this routine?

It’s unbelievable that you won the Spartan! What motivated you to do it and what did you learn from participating in this hardcore competition?

I’m in disbelief too! I didn’t expect to finish in the top 5, let alone win the race. But everything just came together on race day and allowed me to perform well.
In the end, I think the most important factor for me winning the race was consistency. After doing FitFam workouts 3 - 4 times a week for over a year, I just had better fitness than most of the other runners.
An important lesson I learned from this experience is that consistency > intensity.  It’s actually the same philosophy for really anything you do in life, whether it's language learning, coding, and fitness.
It’s not important how well you perform.
It’s not important how long you work on a given day.

What’s most important is that you show up.
Greg Nance, CEO of Dyad, ultra marathon runner, certified badass: “It’s ok to suck, not ok to skip.”

Why did you decide to learn to code?

How did you choose to learn with Le Wagon?

What have you been doing after the bootcamp?

Right after camp, I worked for a startup company called Move Shanghai. They are an online platform which allows users to instantly access over 200+ fitness venues in Shanghai. Along with a team of two other Le Wagon alumni, we built their WeChat Mini Program and really pushed their tech to the next level.
After I left MoveSH in the spring of 2019, I started doing freelance development and digital consulting for international companies and agencies in Shanghai.
Now I’m the Driver of Le Wagon Shenzhen!

Why did you choose to become the driver of Le Wagon Shenzhen? Why Shenzhen?

Any tips for anyone who might wanna join Le Wagon?

Le Wagon definitely isn’t for everyone.
It takes a lot of commitment, hard work, and patience to get through the program. So if you’ve already committed to doing the program, I recommend putting aside everything else for nine-weeks.
Le Wagon’s slogan“Change your life, learn to code.” isn’t bullshit. If you put the time and effort into the program, the returns you get are enormous. I’ve seen it happen with many of alumni and experienced it myself.
If you’re interested in the program, reach out to one of us. It’s worth a call.

Interested in learning to code? Alex will teach you which programing language should you learn first in the coming article, stay tuned!
Sign up to our newsletter