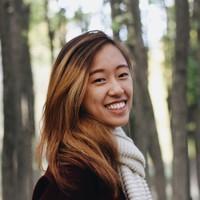 As a communications major at the Wee Kim Wee School of Communication and Information at Nanyang Technological University before the Bootcamp, Charmaine always thought that her degree would lead her to an advertising agency after graduation. That all began to change after her marketing internship with travel start-up Seek Sophie. Although she enjoyed the role, she started to see things from a different perspective the longer she worked at the company.

Although marketing and advertising are key aspects of a business plan, Charmaine wanted to have a larger impact on the company and directly influence change. "If your product sucks, no one is going to buy it," she said. Being involved in product management allows her to see through a customer's journey from start to end.

User Experience (UX) is something Charmaine had not come into contact with, and let alone heard of before Seek Sophie. The more she read up on the topic, the more interested in it she became and she even started looking into UX roles. A Product Manager role was the perfect combination for her existing skills and what she wanted to do more of. Thankfully, “my boss was willing to give me a chance,” she said. When she joined as a product manager, the company was still very new and there were only three people on the product team; her boss, a developer and herself.
As a product manager, she was designing, doing the wireframes and discussing with her team which features they wanted to prioritize. Especially in a start-up, the most important question for the product team is, “how do we implement important features in quickest and easiest way? can we make things more lightweight?” However, when she had daily standups with the developer, she “was pretty lost and couldn’t contribute much to the discussion,” she said, because she was the only person who didn’t have a coding background. Charmaine then made a strategic decision in unison with her boss to enroll in a coding Bootcamp.
Why Le Wagon?

As with any company, a range of applications and stacks are used, which is why there is no “one size fits all” when it comes to coding bootcamp curriculums. However, we pride ourselves in preparing every student for a junior full stack developer role, which lends skills for you to easily pursue other career paths such as becoming a product manager or creating a start-up. Le Wagon is a Bootcamp that has a heavy emphasis on the programming language Ruby, because we feel that it’s easy to learn, flexible and makes it easy to learn other languages. “Ruby is the first thing we looked at,” Charmaine said when it came to choosing a program. Seek Sophie, along with more than 200,000 websites worldwide use Ruby on Rails (especially start ups!) and she wanted the program to have as much practical application as possible. Coupled with the fact that Le wagon has great reviews across SwitchUp and CourseReport, it was naturally the best choice for her. Seek Sophie owner and CEO also went through a coding Bootcamp so that she could start her company, so both her and Charmaine were confident that it was the way to go.
Practical knowledge
“I’d recommend Le Wagon to anyone who is interested in going into tech, regardless of the role, as everything is becoming technologically driven,” Charmaine said, “even if you aren’t a developer, it will still help to have a fundamental knowledge of how everything works.”

Even though she got a small taste of web development at SeekSophie and picked some things up herself, she “didn’t know how to properly use the tools, and it took up a lot of time before,” she said. Through the Bootcamp, she was able to learn shortcuts to make things much more efficient. Learning to code refines your problem solving skills in the process, basically killing two birds with one stone, and overall your awareness is also raised. Charmaine recalls a problem she encountered at work before the developer joined the team which she also came across while building her final project. Although it’s not something specifically that the curriculum teaches, after weeks of coding lessons she was able to communicate what she wanted changed on the website and was therefore able to find a solution on StackOverflow.
In the daily challenges at Le Wagon, Charmaine learned that there are many ways to do things, and she realized she could apply this to her role as a Product Manager. Although she’s not doing the actual coding for the website, “developer notes have a lot of jargon,” she said, and Charmaine now has the ability to manage expectations and deadlines in her team because she can effectively communicate on a developer level. For example, things such as “integrating payments to suppliers, database structures and introducing new variables,” she said, “I was completely lost before.” Le Wagon enables Charmaine to be a value add to the company.

In addition, the planning process for the final project in the Bootcamp was “very similar in terms of what I’m expected to do at work; figuring out how to break down the features for everyone so that we can produce a completed product at the end,” she said.
The culture and the environment that the Bootcamp built also helped her learning journey. “Everything was open to discussion. It was never a competition and it was always about people helping people,” she said, “the people are a big bonus; we’re all very different but we all have our own motivations for doing the Bootcamp.” Charmaine brought up an example of a fellow batchmate who “wouldn’t accept the first code he wrote. Because of people like him, I pushed myself harder because I saw how hard everyone else worked.”