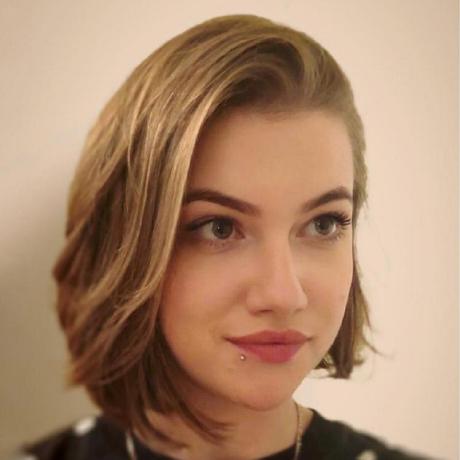 “We all have one thing in common: we decided to change our lives and learn to code. With such diverse backgrounds and perspectives, we can endlessly learn from each other and be inspired by one another.”

Before joining Le Wagon, Joanna both studied and worked in Architecture. She decided to partake in the bootcamp because she felt as though she needed a major change in her life. “For me, this meant a fresh challenge, and some new perspective.” She also really values travel, therefore, changing careers would allow her to prioritize it.  From there, Joanna knew that she needed to change her career in order to gain the independence and freedom needed to travel more. “As a developer, you can ultimately work from anywhere in the world, which is a huge selling point for me.” Another aspect that pushed her decision to change careers was that she believes that the field of Tech is the future in terms of work and of our civilization. This is why it was so crucial for her to be an active part of this future.

When Joanna joined Le Wagon, she was extremely enthusiastic about beginning a new chapter in her life. She was very determined to build a basic tech skillset in order to land a job within the field. “I was hoping that Le Wagon would provide me not only with learning materials, but also with insider knowledge and experience.”

Throughout the duration of her bootcamp, Joanna did face difficulties, but she describes them much more as “fun challenges rather than hardships.” Of course, there were days that she felt overwhelmed as "the material was vast and the tasks to perform were complex," but that didn’t stop her. “I had trust in the process and talked a lot with my buddies, the teachers and TAs, which helped me to overcome any difficult moments.” With this being said, during the bootcamp, she managed to stay motivated by always focusing on the bigger picture. “Le Wagon is just the beginning of a life-long journey: it's a marathon, not a sprint.” With every step, exercise and lecture, Joanna knew that she was getting closer to her goal of working in Tech.

Throughout the duration of the bootcamp, Joanna’s favourite part of Le Wagon “apart from the excellent curriculum” was its community. She describes it as encompassing people that are open, helpful and curious. “We all have one thing in common: we decided to change our lives and learn to code. With such diverse backgrounds and perspectives, we can endlessly learn from each other and be inspired by one another.”

Upon graduating from the bootcamp, Joanna was hopeful and curious about what was in store for her future. Just after graduating, she began to apply for jobs and landed a position within roughly two months. Today, Joanna is working as a Junior Web Developer in a vibrant digital agency in Rotterdam, The Netherlands. She’s also continued her journey with Le Wagon as she’s now a Teaching Assistant (TA) for the Web Development bootcamp.

Having gone through the bootcamp, a major takeaway for her was to “push yourself just a little bit outside of your comfort zone.” Joanna states that “if you set the bar just a little bit higher, then trust me, you can reach and you will thrive.” She also discovered that she likes to explain tech concepts as well as to teach people, hence her position as a TA. Lastly, if she could give anyone who's currently doing the bootcamp or thinking about doing it one piece of advice, it’s to watch out for typos: a painful lesson for many!

At Le Wagon, Joanna learned that she can learn anything if she puts her mind to it. Today, if she’s facing a daunting task in her day-to-day work, she simply breaks it down into smaller pieces and (ab)uses google to try to explain it to herself with her own thought process. Finally, one last piece of advice from Joanna is that "if you don't have a rubber duck, get one - you'll need it."

If you’re looking to kick-start your tech career, upskill in your job, or launch your own startup, apply for our upcoming bootcamps!
Sign up to our newsletter