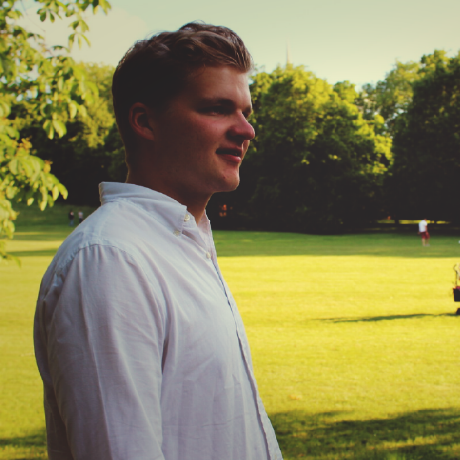 Mark Bitter
Share the article
My name is Mark and I did batch #322 in Berlin from October to December 2019. After graduating from high school, I joined the German armed forces for two years to become a lieutenant of the reserve. This experience provided valuable lessons in terms of leadership and decision making for me personally.  After that, I did my Bachelors in International Management at WHU to gain some economical and entrepreneurial knowledge.

"What pushed me to want to learn to code is that I always had lots of ideas about different business models, but for a large part of them I was dependent on a programmer to estimate the feasibility."

What pushed me to want to learn to code is that I always had lots of ideas about different business models, but for a large part of them I was dependent on a programmer to estimate the feasibility. So at a certain point, it was clear to me that I wanted to have a minimum level of understanding to estimate the feasibility of my ideas myself.When I signed up for Le Wagon my main ambitions and expectations were to understand the big picture in web development and build my first MVP during Project Weeks. But most of all, I was excited to see how much I could learn and achieve in such a short time.

I already had an idea of what I wanted to build before joining the Bootcamp. My Co-founder Devin and I had the idea for Mozubi last summer after our Bachelor's at WHU. We had both experiences in our close environment of apprentices, who suffer from the analog exam preparation. Therefore, we took a deeper look at the German apprentice market and online learning in general. When it was clear that I was about to go to Le Wagon, we thought this might be the best opportunity to build the platform.

The best parts during the 9 weeks for me personally were, on the one hand, the first two weeks because I was finally able to write real small programs. Apart from that, the project weeks were the highlight of the whole Bootcamp, because we had a very cool team and it was a lot of fun to work on something exciting continuously.

"...that means we could show the articles with the directory and the quiz function already on Demo Day. When we are talking with our customers nowadays, these are still the core functions, which build the foundation of every advanced feature."

During the last two weeks of the bootcamp, we could build the most basic functions for our learning platform. That means we could show the articles with the directory and the quiz function already on Demo Day. When we are talking with our customers nowadays, these are still the core functions, which build the foundation of every advanced feature. Admittedly, at that time of the Demo Day a lot of things were still hard coded and we had to do it all over again after the bootcamp. But of course we were already able to orientate ourselves on the Le Wagon project. Since we were not very clean or so to say aligned in terms of structure and style of the code, we started in January with setting up the app from the beginning. However, due to the code of the project weeks, we had a good orientation to reproduce these features very quickly.My advice to fellow entrepreneurs to get the most out of the bootcamp would be to talk about your idea right from the start and to look at the other participants in the bootcamp. That's how I finally found Cristian as the first team member and Annie and Miro also joined before the project pitch had taken place. So we had a good atmosphere in the team during the project weeks and also a good balance of the composition and interests of the individual members.

I think as a founder with an idea it is very important to work with great people right from the start. In our case, this was especially fortunate, because Cristian joined us right after Le Wagon and without him we wouldn't be as advanced as we are today with our platform. He is now working as our product manager and has mainly supervision of our whole development process. Since we expanded our product team, he is not just bringing his back-end magic to life, but also tests and coordinates all updates, we want to implement.

" ....Cristian joined us right after Le Wagon and without him we wouldn't be as advanced as we are today with our platform. He is now working as our product manager and has mainly supervision of our whole development process."

Anyone thinking about starting a business should be aware that the bootcamp is only the technical start and some work should be done in advance. Discussions with target customers, investors and other market participants should be held already to know if there is interest and feasibility in the market or not. After the bootcamp, the real work starts, because on the one hand you build the product yourself from scratch again and on the other hand you have a lot to do with the founding process itself (this means all administrative and strategic tasks).
Check out Mark's pitch at the Demo Day at 1:00.00:
Le Wagon brought Cristian into our team, which was definitely the greatest added value. Apart from that, I personally helped to develop the platform up to this point and even if I now withdraw a bit from the technical day-to-day business, I can still look at every push update, review the code and challenge it. I am also able to give a first assessment of the feasibility of new features, also to customers, before we discuss it in detail with the product team.

And of course we benefit from our close contact to the Le Wagon alumni network, since Dieter from our former batch joined the team in June as a front-end developer, where he can mainly help us shifting to the React library, which he taught himself after the bootcamp. In addition, Dieter still works part time as a TA on the Berlin campus and Cristian joins as a TA for the project weeks as well, which keeps our close contact to the Le Wagon community even better. Furthermore, we are currently looking for an UX Designer and have received many messages from interested designers through the Le Wagon Network alone.