We are now running hybrid classes: learn to code from home or on campus. Learn more >

Our coding bootcamps in Montreal

Choose the right course in Montreal to reach your goals, with a format adapted to your availabilities.

Some of our upcoming courses in Montreal can be followed remotely. After you complete your application, the admission manager will be in touch shortly to give you all the necessary information.

From the database to the user interface, learn to code your own web applications from scratch and become a full-stack Web Developer.

From Python to advanced Machine Learning models, get all the skills to join a Data Science team.

Experience our coding bootcamp in Montreal

Montreal is becoming a major tech hub thanks to its very active startup community and the presence of leading centers for artificial intelligence research attracting top talent and investments.

The city is also recognized as one of the world’s most welcoming cities for students. It is distinguished by a unique multicultural openness which is a major component of Montreal's identity.

Our coding bootcamp in Montreal is an amazing experience in an immersive coding school, offering not only a top-notch curriculum but an incredible human experience. We are proud to be part of Montreal's ecosystem since 2016 and to see our graduates now being key players in this amazing tech community's development.

Our Montreal team members are all passionate about education. They have one common aim: to give you the best learning experience you can get, and help you achieve your goals during and after the course.

Originally from Brazil, Aline has been working in Marketing the last 10 years. She fell in love with Le Wagon's mission and joined the team in 2018. As our Community & Events Lead, she is making sure our students have the best experience possible.

Marie-Gabrielle has worked 15+ years in the web industry as a project manager and as a consultant. Inspired by the mission of Le Wagon, she teamed up with her brother Antoine to launch it in Montreal in 2016.

Stephane has touched on numerous fields over the years, from musician in rock bands to therapist and sound engineer. Looking for a new career, he chose Le Wagon; loving it so much, he is now helping others on their journey to coding freedom

An engineer by trade and a serial entrepreneur, Antoine took classes at Le Wagon Paris in 2016 in order to develop his MVPs. A few months later, he created his web development agency and launched Le Wagon Montreal with his sister M-G.

With more than 5 years of experience in digital marketing, Laure worked on the development of editorial & digital strategies for various French companies. She joined Le Wagon as our Marketing and Events Lead

Richard graduated from Le Wagon's Fullstack Web Development bootcamp in Montreal. In addition to teaching at Le Wagon, he also works as the lead developer for a startup in the crypto-sphere.

Hundreds of people have graduated from Le Wagon Montreal coding bootcamp and have turned their dreams into reality. Get inspired by their stories.

Olivier wanted to leave his home, venture abroad, learn new skills and change his life. He is now an Analyst Programmer at CGI.

Claire worked in the financial industry when she decided to join the tech world. She learned to code with Le Wagon and, now, she is a Product Owner at Exo.

A mechanical engineer by trade, Stephanie worked for big corporations. She found things moved slow and innovation was hard to implement. She is now a Back-End Developer at Surmesur

Our coding bootcamp is located at La Gare, a collaborative space in the friendly Mile-End neighborhood, where many innovative tech companies, such as Ubisoft, Busbud, and Breather have decided to place their headquarters and their teams of developers. In addition to our intensive web development bootcamp, we host workshops and entrepreneurial talks during the week that are open to all. Come down and meet us!

Join our next events

In addition to our coding bootcamps, we host free evening workshops and entrepreneurial talks during the week that are open to all. Come down and meet us!

Next events in Montreal

Le Wagon Montréal is honoured to have Sylvain Carle, as our guest speaker for this Le Wagon Talk.

Sylvain Carle has spent the last 25 years thinking, writing, building, and investing in emerging technologies. Though he didn’t study computer science, Sylvain has been hacking with computers forever, and spent most of his career as a startup entrepreneur at the confluence of media, technology, data and networks.

A self-proclaimed nerd, socialist and pragmatist, Sylvain believes in technology as a means to “save the world” (even if he knows it won’t happen), and loves investing in ideas and people aiming to transform sectors and industries. He served as a General Partner at Real Ventures from 2014 to 2020, where he is still a Venture partner. He was previously Senior Developer Advocate at Twitter and a startup co-founder and CTO in the previous decade. He joined SecondMuse earlier this year as a Senior Director to scale the company’s ecosystem development approach to climate impact investment.

At SecondMuse, we build resilient economies. Economies in which all people and communities are able to contribute, benefit, and when faced with hardship, recover quickly.

We believe that economies are easily shaped and influenced when in infancy so we start by supporting entrepreneurs and the ecosystems around them. We do this by engaging participants and organizations through a mix of innovation programming (hackathons, incubators, accelerators), supporting ecosystem development, and designing and distributing investment funds.

The Wagon Talk is an informal networking event that let founders, accelerators and other important players in the local startup scene get together with future entrepreneurs to share their successes and failures. The event is free and everyone is welcome.

Join our Wagon Talk via Livestorm, and listen to Sylvain’s “call to arms” for Climate. The session will be an open conversation with the audience, more AMA than a formal talk.

Le Wagon Montréal is honoured to have Narjes Boufaden as our guest speaker for this Le Wagon Talk.

Passionate about solving technical challenges involving natural language understanding, Narjès is among the first researchers who specialized in Text mining technologies for conversational text. She has contributed to the field with more than 15 scientific publications and several conference talks.

Under the supervision of Drs Guy Lapalme and Yoshua Bengio, she completed her Ph.D. in Computational Linguistics in 2005 at Université de Montréal and worked as a researcher in several universities and then at CRIM (Centre de Recherche Informatique de Montréal) where she helped organizations dealing with information management challenges. Her extensive knowledge of Text Mining technologies and experience with information management in organizations helped her start a new career as an entrepreneur. In 2010, she founded KeaText Consulting services with the mission of helping organizations make sense of massive volumes of information for better decisions and productivity. She transitioned the organization to a product company in 2015 to help businesses improve customer satisfaction by leveraging AI to analyze customer feedback.

Keatext helps businesses cultivate meaningful relationships with their customers by providing them with instant clarity on what customers care about most, and by increasing their ability to respond rapidly to customer needs. KeaText AI-powered platform synthesizes in seconds large volumes of feedback from multiple channels (such as open-survey questions, online reviews and social media posts) to produce actionable insights delivered on one comprehensive dashboard.

The Wagon Talk is an informal networking event that let founders, accelerators and other important players in the local startup scene get together with future entrepreneurs to share their successes and failures. The event is free and everyone is welcome.

Join our Wagon Talk via Livestorm, discover her amazing journey and ask her all your questions!

Check out our next events

Imagine data as a puzzle. A data analyst is thrown mass amounts of tiny pieces and has to put them together into a collection of trends.

Founding an AI startup comes with not only the intimidating set of challenges faced by any entrepreneur, but also a variety of barriers specific to the emerging field. Already on the...

We often hear about the lack of a qualified labor pool in the technology sector. To find and retain talent is a large issue for many technology companies. To address this and help ou...

The most acclaimed coding bootcamp

We’re trusted by hundreds of students in 39 campuses all over the world to give people the best quality tech education. 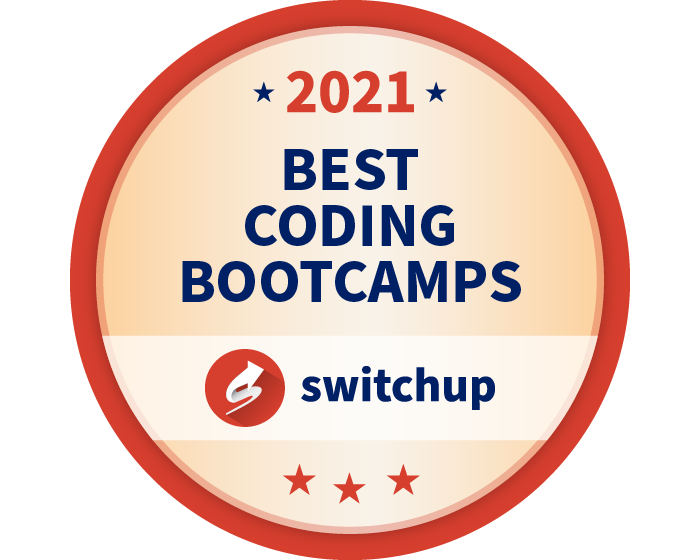 Le Wagon has 1802 reviews with an average grade of 4.98/5 which make it the most acclaimed coding bootcamp worldwide on Switchup according to student reviews! We feel blessed and honoured to have enabled them - and to keep enabling our students - to become autonomous in coding, upskill in their career or launch their own startups.

What they think about our coding bootcamps

They talk about us

Hi! I will be your host during the bootcamp. Feel free to call me or send me an email with any question you could have about our campus in Montreal.

Book a call
Send me a messagemontreal@lewagon.org